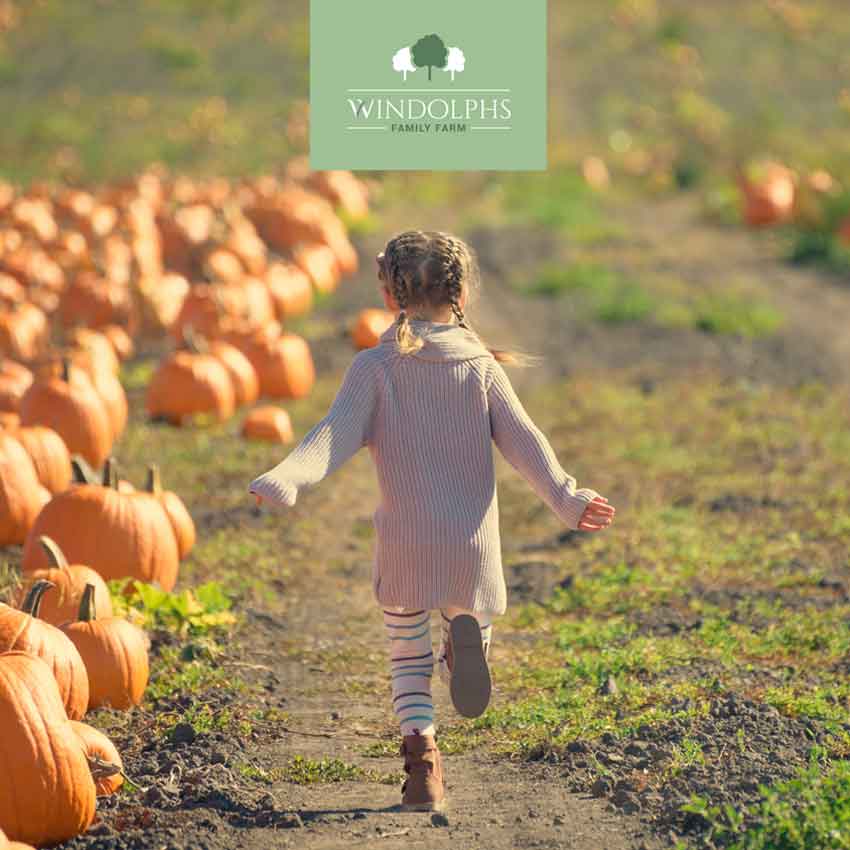 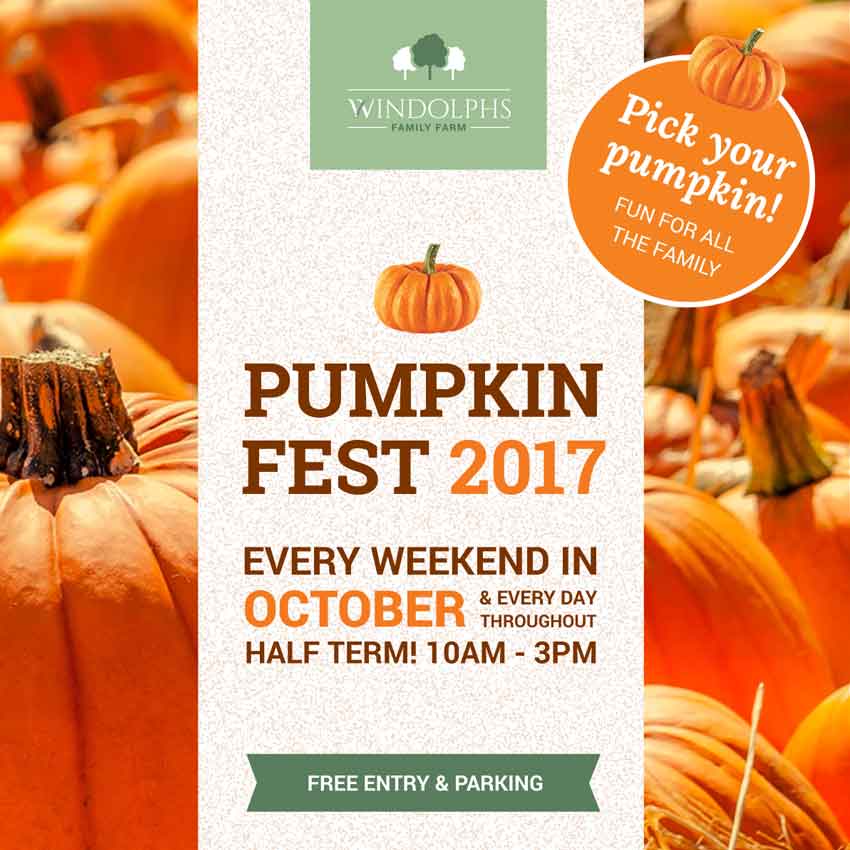 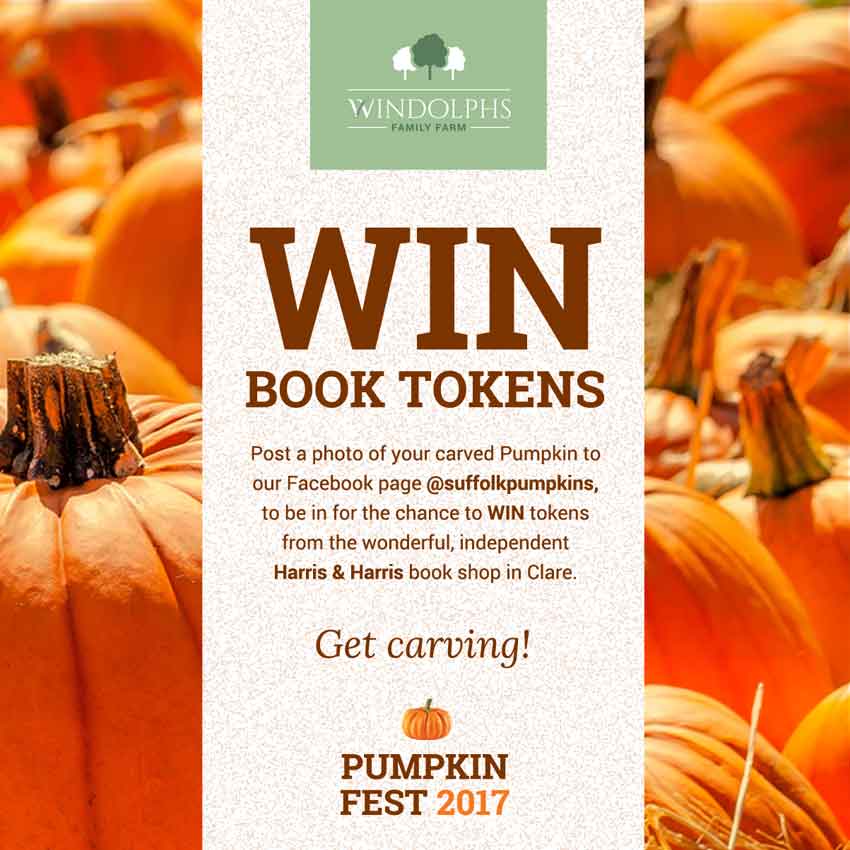 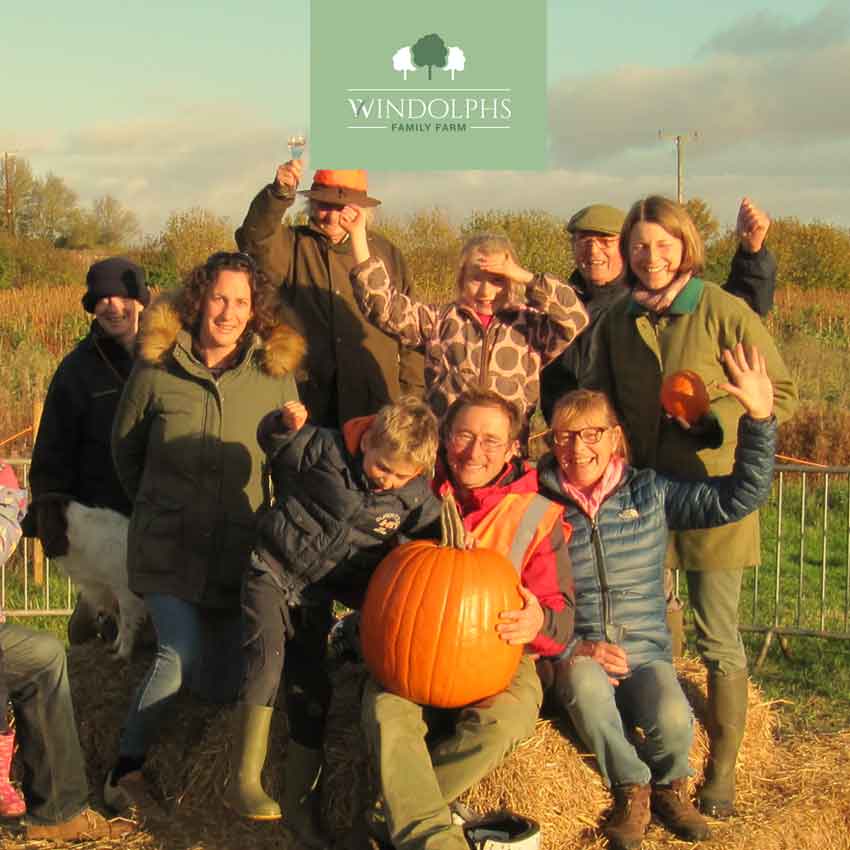 Windolphs Farm is a beautiful arable family farm, situated in the heart of the Suffolk countryside.

Windolphs Farm proudly presents its first ever Pumpkin Fest! The owners of Windophs Farm saw an opportunity to have some fun and share the success of their pumpkin patch with the public. To promote the Pumpkin Fest, they required a concept to represent the event that would appeal to parents as well as looking like a fun day out for the children.

The Pumpkin Fest features a corn maize, competitions and a pumpkin patch where you can pick your very own pumpkin. The event was promoted through organic Facebook marketing, which I created several image posts for the client to use. Their also was a Pumpkin Carving Competition ran on Facebook for a chance to win book tokens for the local independent Harris & Harris book shop in Clare. The Facebook posts contained pre-event promotion prior to the event launch to build awareness and to create excitement, before final details and dates were confirmed.

I chose to use lifestyle photography, as well as photography of the farm supplied by the client to convey an inspirational but accurate picture of the event. I particularly loved the image of the little girl running along the pumpkin patch. The field of pumpkins at Windolphs Farm is bright orange, which I wanted to get cross in the creative. The last image features ‘Antwan’ the pumpkin, which weighed in at massive 18.1kg!

Request a quotation Back to Portfolio